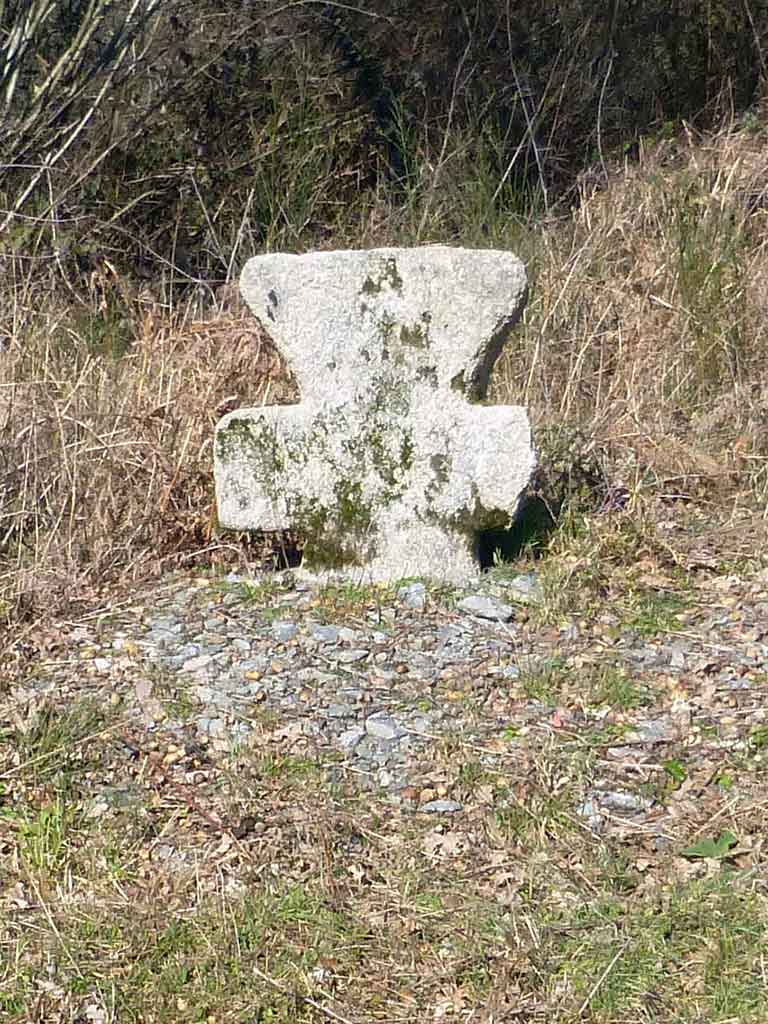 Presence in the Napoleonic map : no

To find out more, let's dig into the depths of the territory's history...

Cupule of 5 cm in diameter.

According to Mr Cartaud, former mayor and owner of the cross plot, this cross disappeared around 1999.

According to Mr Lefort, who saw it on his walks, it disappeared in 2010.

Then, it reappeared when the hedge trimmer passed by in 2015.
Scratched on the arm, it is however whole.

* Characteristics recorded in 2013 by Noëlle BERTRAND and François TABOURDEAU

Learn more about the cupules

Date of restoration and/or repairs :

This cross has not been restored or repaired.

Learn more about the repairs

How it was made

Granite is ubiquitous here, it is everywhere in the fields

Each of the inventoried crosses was made by a different stonemason.

Each carver made his sculpture from some local granite stone known as a fieldstone.