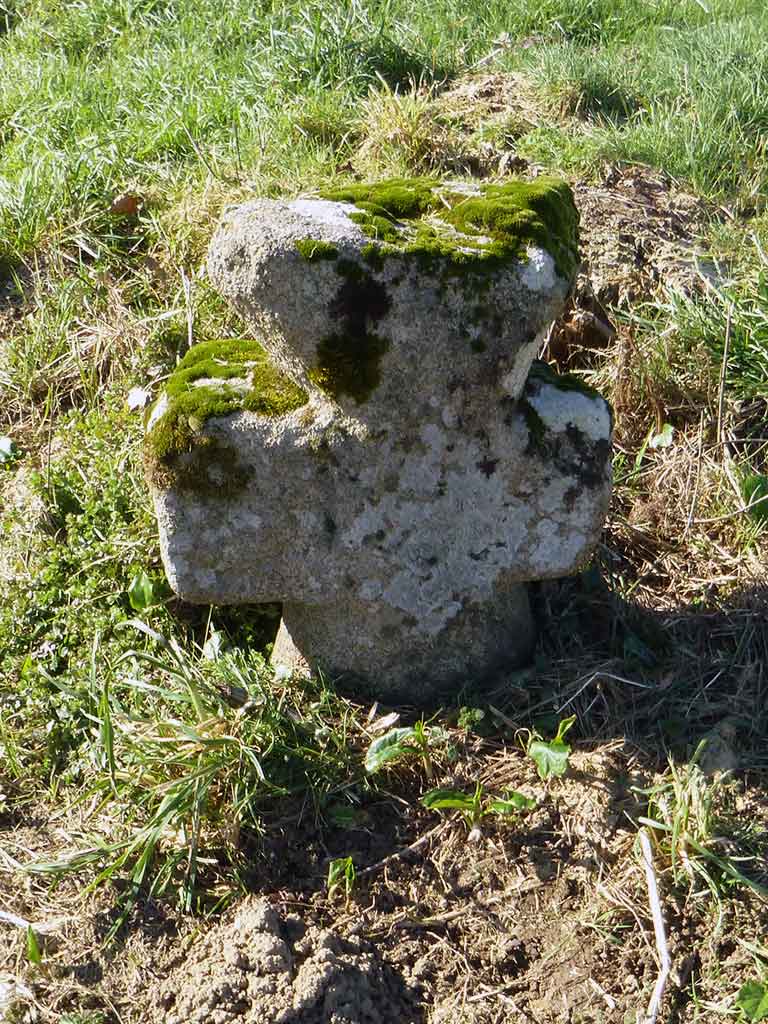 Presence in the Napoleonic map : no

To find out more, let's dig into the depths of the territory's history...

The cupule is confused with a cleavage in the granite giving it a false oval shape; it is estimated to be 5 cm in diameter and 2 cm deep.
In fact, a machine struck it open a fissure, the cupule is now in the fissure.

The old village was abandoned during a plague epidemic.

* Characteristics recorded in 2013 by Noëlle BERTRAND and François TABOURDEAU

Learn more about the cupules

Date of restoration and/or repairs :

In 2020, it was found broken and the fallen piece was recovered.
It should be fastened back together with resin.

It was at the foot of a tree whose stump is still visible.
Two trees should be replanted, oak or hornbeam.

Learn more about the repairs

How it was made

Granite is ubiquitous here, it is everywhere in the fields

Each of the inventoried crosses was made by a different stonemason.

Each carver made his sculpture from some local granite stone known as a fieldstone.

This cross is located on the D49A going towards La Coquetière.