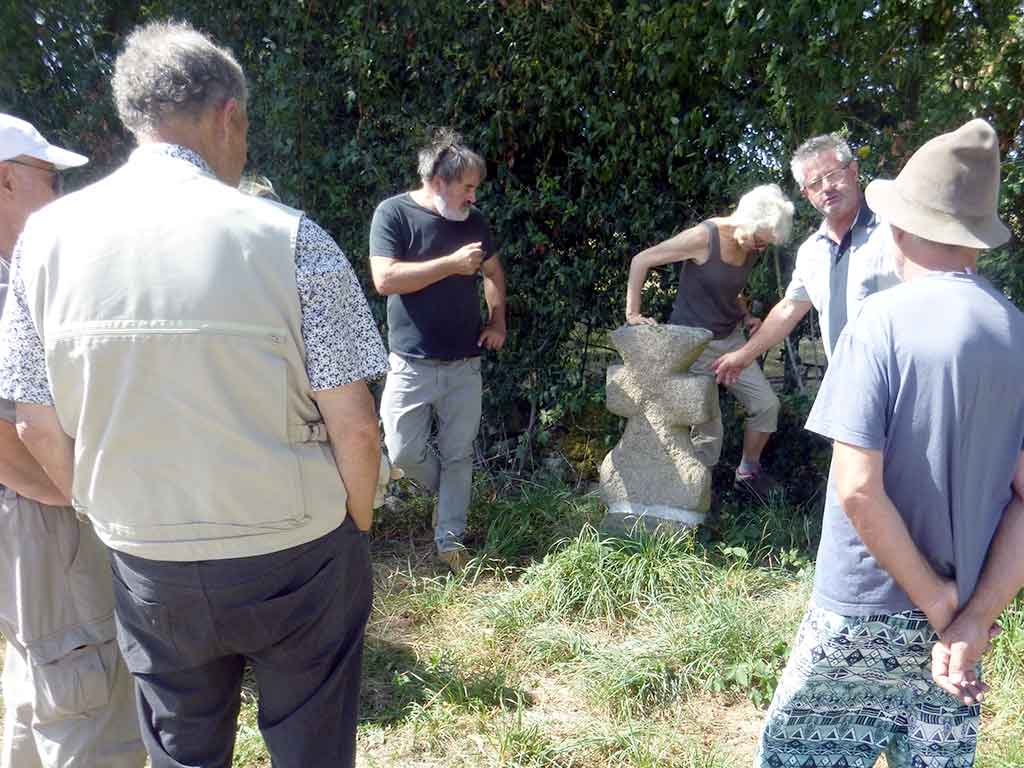 The association to safeguard the crosses has launched a study day on the crosses of Crozant with the ambition of seeing them become part of our protected heritage.

The Crozant type crosses have been the subject of assiduous monitoring for many years. More recently, a day of work was initiated by the association which hopes to submit a file to the appropriate authorities in the near future to facilitate the request for registration, protection and recognition of this heritage, whose origin dates back to at least the middle ages.

A "meilleur ouvrier de France" was involved as consultant.

Thus, on Tuesday 21 August, to complete the inventory of fixtures which will soon be submitted to the regional commission of historic monuments, it was decided to call upon the skills of Didier Fauguet. He is a stone sculptor, a "meilleur ouvrier de France", a restorer of historical monuments and the initiator of the art trail in Saint-Plantaire (Indre).